Tangled Up in Denna 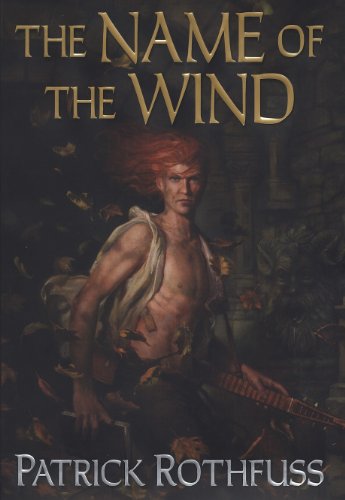 One of my favorite aspects of reading is the way a good book will permeate everything else I take in, whether other books, music, or just everyday conversations. I recently had one such connection when, while listening to Bob Dylan's "Tangled Up in Blue", I considered the relationship between Denna and Kvothe in the Kingkiller Chronicles. Though the connections aren't literal - Denna and Kvothe don't partake in any of the various events or situations in the song - for me there were definite moments where listening to the song feels like reading about Kvothe and Denna's back and forth relationship.

My reaction starts with title of the song. In The Name of the Wind one does not enter into a straightforward relationship with Denna. You become wrapped up, trapped, and tangled up with her. She permeates your thoughts and life. This obsession is more apparent with the men she entraps, but Kvothe suffers from it as well.

She was married when we first met

Soon to be divorced

I helped her out of a jam, I guess

But I used a little too much force

Denna is never married, of course, but she is always with a man when Kvothe sees her. Moreover, a not insignificant number of the trouble Kvothe finds himself in throughout the series is the direct result of helping Denna out of a problematic situation.

Split up on a dark sad night

Both agreeing it was best

She turned around to look at me

As I was walkin’ away

I heard her say over my shoulder

And, as we see above, the two can never seem to stay together for long, as they each must go there separate ways to deal with their own unique problems. No matter what affection they may feel for one another, it always eventually ends up better for them to split up, until fate brings them back together again.

She was workin’ in a topless place

And I stopped in for a beer

I just kept lookin’ at the side of her face

In the spotlight so clear

Though Denna is not strictly speaking a topless dancer, there is clearly a certain level of impropriety in her life beyond Kvothe. And, as with the nameless singer in the song, Kvothe more or less ignores this aspect of her life, knowing Denna must do the same with the aspects of his life he would rather keep hidden.

And later on as the crowd thinned out

I’s just about to do the same

She was standing there in back of my chair

I muttered somethin’ underneath my breath

She studied the lines on my face

I must admit I felt a little uneasy

When she bent down to tie the laces of my shoe

Here I'm reminded of the playful and reserved reunions between Kvothe and Denna as they attempt to feel out their relationship once again, and Kvothe struggles with his ever-present uncertainty around such a beautiful woman.

Then she opened up a book of poems

And handed it to me

Written by an Italian poet

From the thirteenth century

And every one of them words rang true

Pourin’ off of every page

Like it was written in my soul from me to you

How can we not be reminded of Kvothe's time away from the university, in which he wrote songs and poems for another man, but inspired by his love for Denna? What better representation of his affection for Denna could there be than burning coal pouring off of a page (or out of a song), from his soul to hers?

She had to sell everything she owned

And froze up inside

And when finally the bottom fell out

The only thing I knew how to do

Was to keep on keepin’ on like a bird that flew

Denna and Kvothe both know the struggle of needing to sell their own possessions, even their own safety, either for each other, or just to make it through the next span of days. And Kvothe certainly knows the pain of withdrawal in the face of Denna being gone, being forced to simply survive in the hopes that she will return again.

So now I’m goin’ back again

I got to get to her somehow

All the people we used to know

They’re an illusion to me now

Some are carpenters’ wives

Don’t know how it all got started

I don’t know what they’re doin’ with their lives

But me, I’m still on the road

Headin’ for another joint

We always did feel the same

We just saw it from a different point of view

In reality, I could probably have restricted this post to this last verse and nothing else. Kvothe, his only thought to find Denna and to meet with her again, to the extent that the rest of the world fades away. Kvothe, on the road, an Edema Ruh with a song on his heart, lute on his back, travelling from town to town. Denna, willing to serve a master who beats her and Kvothe, willing to attend a university where his actions leave him whipped, the same problems, the same outlook, only each looking at it from their own unique perspective - a point of view just different enough to always keep them apart, but still seeking one another out.

Finally, considering Kvothe's own passion for the power of music, the most important insight of all is in the span of a single song Dylan is able to capture many of the aspects that make the relationship between Kvothe and Denna so interesting, heartbreaking, and frustrating. And like with so many connections with literature, by reflecting upon the relationship between these seemingly disparate works, both become richer and more meaningful.

If you're not familiar with this song, you should check it out. It's one of my personal favorites.