Written on May 7, 2014 in Books, First Line, Recommended, Science Fiction. 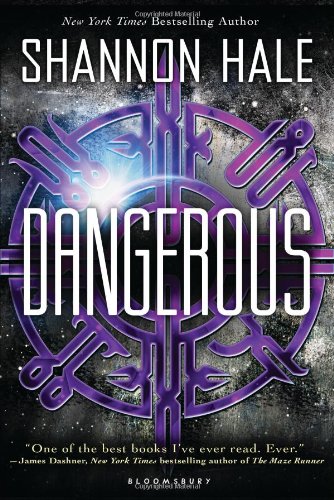 "The warehouse was coffin dark."

Initially this may strike you as a really solid opener - it gives a sense of foreboding and danger with just a few words. However, as it turns out, I found this first line to be pretty disappointing because of what immediately follows in the one page prologue this sentence initiates. The prologue continues with the sense of fear, finally culminating in "But I didn't want to kill again. And I didn't want to die."

Honestly, this probably wouldn't strike me as such an overplayed, melodramatic start of the book if not for the painful similarities to the opening of each book in the Twilight series, and for the fact that the first sentence in the first chapter was so much better.

"Every superhero has an origin story."

I enjoy this opener so much more for several reasons. First of all, it doesn't bring to mind unfortunate comparisons to Twilight. This book is not a melodramatic romance wrapped inside a silly vampire story. Instead, it's an exciting sci-fi action adventure with original and well-wrought characters. Don't get me wrong, sometimes you want a melodramatic and silly book to read, but to call Dangerous any of those things does the book an injustice.

Second, I like the latter quote better as an opening line because it's more original, at least for me. It doesn't bring to mind any other books I've read, and immediately sets it apart as something I'm interested. Plus, there is more mystery to the idea of reading the origins of a superhero (especially for a 1-armed teenage girl) than there is to foreshadowing a life and death showdown in the first page.

Finally, "Every superhero has an origin story." is a better opening line because it more realistically represents the themes, tone, and style of the whole book, rather than implying it's overblown and unoriginal. This is a superhero story. It is full of adventure, whimsy, and heartache. It has real characters acting in believable ways in an unbelievable situation. To have any opening that does anything other than give that impression is unfair to the excellent book that follows.

I guess what it all comes down to for me is that the "second" opener feels like a more natural fit with the book, and less an attempt to "grab attention". With all that said you should read this book, and if the prologue doesn't hook you, don't worry, Chapter 1 is just a page away.

I can't comment in regards to context, but that second opening line does sound a lot better and more interesting. The first sounds like your standard YA mystery (I've read a few of those recently so that stands out more than Twilight to me). The second line reads as though you're about to be swept into an epic tale.

Yeah Twilight certainly isn't the only example, and in many ways it's not a fair comparison at all considering the rest of the book, but it's what came to mind, and ultimately all I can do is make comparisons to what I know!