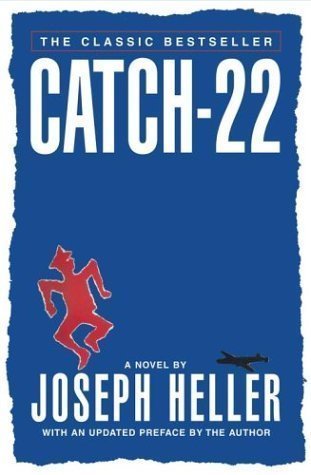 Spoilers come up a lot online when people are discussing books. Recently Charlie posted about them, concluding:

I'm not keen on spoilers but I can’t say they have 'destroyed' any books for me. And as much as I'd like to not be able to say this, sometimes they improve my reading.

I feel similarly, in that I think any good book will easily withstand any amount of spoilers, though I generally attempt to avoid them, and warn others when they will appear in my posts or reviews. For now, however, I'd like to discuss a phenomenon with spoilers I call "Begging the Spoiler".

In philosophy, begging the question is the logical fallacy in which the conclusion is assumed in the argument being presented. I think a similar situation arises with the discussion of books, when the presence, or significance, of a spoiler only becomes apparent after the spoiler's existence is identified.

I could present numerous concrete examples of this, but by doing so I ultimately risk spoiling books, and I don't think they are necessary. I'm sure most readers have experienced this phenomenon one time or another with books they have read. So do we do more harm than good by noting how a summary, or recommendation, or review may contain spoilers? Would we serve those we are discussing a book with better if we avoided such warnings?

Obviously there are some scenarios where we should still be careful of spoilers (such as explicitly detailing the ending of a book), but what about when we see a trailer for a book turned film? Or read the back of the book summary of a novel we've recommended to a friend? I think in these situations we do more harm than good by "warning" about a spoiler because in doing so we create the spoiler by mentioning it. Out of context, these "spoilers" are mostly innocuous.

So, in conclusion, if you don't want to spoil something for someone else, don't talk about it, and if you do talk about it, don't even mention the presence of a possible spoiler. And if you are on the receiving end - don't stress about potential spoilers. Don't try to decipher if a random comment is actually a major spoiler in disguise.

I know exactly what you mean. There have been times when I've seen someone post something online about something I already know and want to call them out on it, but know that letting it go unremarked and slipping into history is the better way to prevent it from bothering more of the uninitiated.

Exactly! It's definitely a situation where trying to do the right thing and warn someone about the spoiler has the exact opposite effect.

Good points, and interesting to me right now as the last review I posted says 'this isn't a spoiler' in one section but I had to leave that word out of another section because even though that too was somewhat of a spoiler it would do the book and the 'appeal factor' of it a disservice not to mention it.
If you don't know it's a spoiler it won't be until you've read it yourself.

Because of the fact a reader will soon find out for themselves, I think the question of more harm than good is pretty difficult to answer. It would depend on the reader and probably also just how much and in what way details were revealed by the other person. Given a small warning beforehand can lessen the blow, whereas a thoughtless 'oh and this happens' can make the spoiler worse than it might have been. Not that a warning makes the situation better overall, but you can at least tell the person not to say anything etc.

With film trailers you've got to decide whether you're hell-bent on reading the book first, as you know the trailer will likely spoil some of it given the medium's difference overall as well as the larger target audience (that said I wonder if film makers spoil less overall?)

Yeah it really can be a difficult situation, and certainly requires case by case analysis. One thing I have found helpful is having reviews and blog posts completely separate, so I can put all spoilers, without hesitation, in the full review. But then the blog post can remain mostly spoiler free.

Of course, the downside of this is that my blog posts frequently don't have the depth of the review. Regardless, in general I've found it cathartic to have at least one place I don't have to stress about spoilers!