Japanese Literature: Some Advice on Where to Begin 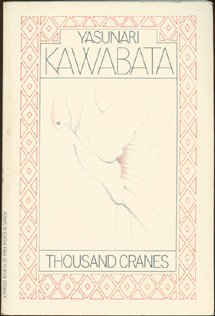 Seven or eight years ago I was burned out reading what felt like the same type of book, by the same type of author. In my effort to resolve this I decided I wanted to read something “foreign”, and so ended up picking up Haruki Murakami’s A Wild Sheep Chase. Since then I have read over fifteen books written by Japanese authors and, while I am certainly not an expert, I feel like I can at least offer some recommendations on where interested readers could start.

Ultimately, I think there are three different ways to start reading Japanese literature, depending on your reading goals and your long term commitment. You could start at any of these points, or use them to build upon one another, but I’ll present them from least to most commitment required. Finally, this list is by no means exhaustive, but simply an attempt to provide a less daunting path in.

The easiest place to start is with Haruki Murakami, the most popular Japanese author worldwide. Murakami’s books cover a wide range of subjects, and themes, while still being filled with consistent elements across books. These consistencies are especially fun as you read more of his novels because they bring a sense of familiarity to his often otherwise bizarre and surreal worlds. For me, Kafka on the Shore is the most well-rounded and approachable of his novels. It epitomizes Murakami’s ability to convince both reader and character that the surreal world they encounter is completely believable, while also having great pacing. The Wind-Up Bird Chronicle is actually my favorite by Murakami, but many of the themes are similar, and it’s significantly longer, as well as slower in certain places.

If my oblique references to surreal, postmodern worlds doesn’t sound appealing, however, you could read Norwegian Wood instead, which is the most down-to-earth of Murakami’s novels, effectively just telling a love story, though in an undoubtedly Murakami way.

For those interested in slightly less modern works, Natsume Sōseki provides a large selection of excellent novels. His works, set during the Meiji era of Japan, capture the struggle happening in that time of transition, while also remaining perfectly approachable for the modern reader. I Am a Cat is a collection of short stories told from the perspective of a cat, and its satirical insights are consistently funny.

If, however, you prefer less talking cats or sarcasm, Sanshirō provides something a little more straightforward. Moreover, whether you are reading it before or after Murakami, you will see many influences from Sanshirō, building on your appreciation for some of the developments in modern Japanese fiction.

For the bravest reader, I recommend the following path through the history of Japanese literature starting (where else?) at the beginning. The Tale of Genji is, quite literally, the very beginning, as it is considered the first novel ever written. However, in spite of its antiquity, this story of love, lust, ghosts, intrigue, and royalty is worth the effort. Yes, it is a long read and yes, it can be slow at times, but there is so much depth to it that the patient reader will not be disappointed.

After Genji, you will basically work your way back up the list, tackling Sanshirō next, and then Kafka on the Shore. But you’re not done yet! Once you have finished all of these, Yasunari Kawabata’s Thousand Cranes, featuring Kikuji, is the final stop. Both as a character, and in the events that happen to him, Kikuji represents the perfect nexus of this literary path.

First of all, his initial confusion, innocence, and simultaneous obsession over women is strikingly similar to that of Sanshirō. His affairs, the prevalence of ceremony, and the way “ghosts” and the dead appear to stick around is reminiscent of Tale of Genji. Finally, the dreamlike quality of sex, and his relationship with an older woman bear a strong resemblance to Kafka on the Shore. All of these familiar elements, combined with the inherent beauty of the novel, make for an amazingly rewarding experience.

As I said at the beginning, I’m no expert, but if you are looking to broaden your horizons, Japanese fiction has a lot to offer. If you pick even a single book from the list above, I don’t think you’ll be disappointed, and you may even find a new favorite author along the way.

A really useful post, Scott! I've been meaning to read Murakami for a while; I actually discovered his books at random on the shelf before blogging so that confirmed it for me. Norwegian Wood was going to be the one I chose but if it's unlike his others I'm wondering if I should start with Chronicle because I wouldn't want to get a 'false' idea of what his books are like. Thanks for the intro to Tales of Genji, I added it to my classics club list but forgot what you'd told me about it.

Thanks Charlie! For Murakami I don't think Norwegian Wood gives a false impression of his works in general, but it definitely is missing some of the aspects that I like so much about him, so I think you are better off with either Chronicle or Kafka.